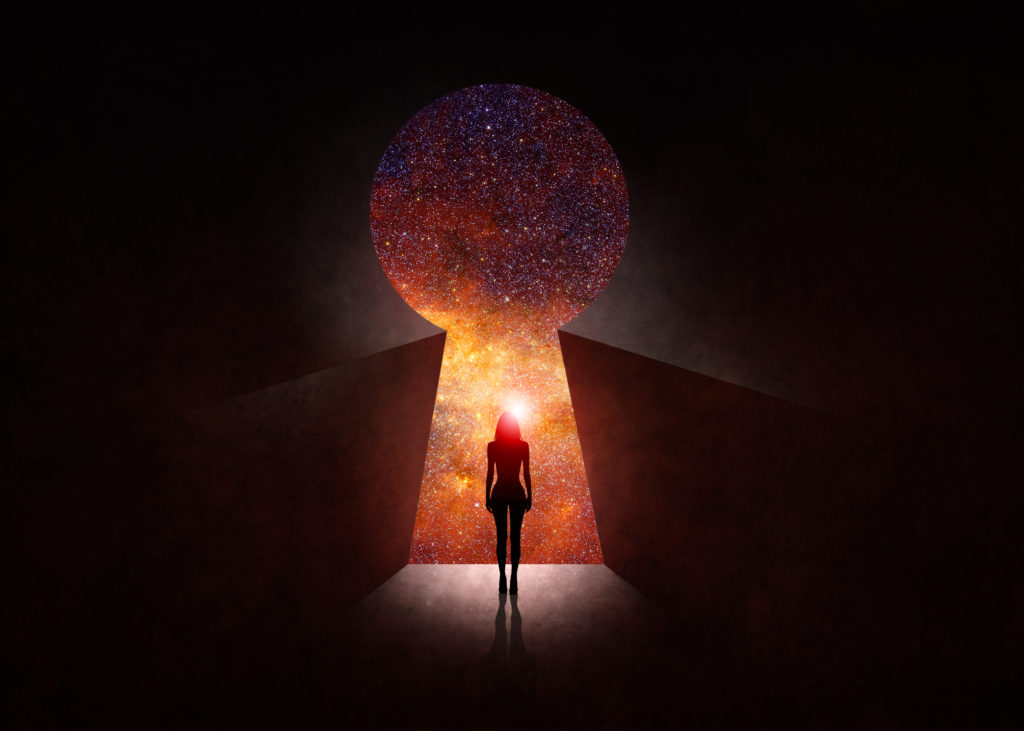 Is the glass half empty or half full?

We’ve heard this old adage our entire lives so we don’t give it much thought.

Yet it has enormous power.

In fact, the power expressed through this simple phrase controls our whole lives!

What it boils down to is this:  Perception is in the eye of the beholder.

How you choose to view things in your life is what your life becomes.

You see, our brains are lazy.  They hate using energy (it’s actually a survival mechanism), so they default to filtering new information into existing beliefs.  It’s far more energy efficient than the work it takes to form a new belief, which literally means the brain has to create a new synapse.

What does that mean?

It means that your beliefs dictate your life.

There could be millions of good things happening everyday, but you won’t see them, or if you do see them, you won’t give weight to them, because they don’t fit into your existing belief.

Same thing happens when we don’t believe we’re lovable, worthy, deserve money, or are capable of reaching our goals.

Our brain automatically filters out any information that contradicts our beliefs, allowing us only to see those (or give weight to those) things that confirm what we already believe.

For decades, I unknowingly carried the belief that I needed to dim my light so that my brother’s could shine brighter.  If you’ve read my About page, you know why.

So for me, I unknowingly felt that the way to get people to like me and the way I could belong was by dimming my light and not threatening to outshine anyone else.  “Let everyone else shine brighter, and then I’ll be accepted” was the unconscious belief I held.

If you don’t shine bright and showcase your talents, ain’t no one coming to buy from you!

I am positive that there were all kinds of signs around me that told me I would be rewarded for being who I am and shining as bright as possible, and I’m equally sure I ignored all of them because I believed I wouldn’t be liked or loved.

So how do you know what unconscious beliefs you’re carrying around that are acting like invisible walls in your life?

Well, again, if you’ve read my About page, you know I spent months doing intense EMDR therapy, but that was because I had had a nervous breakdown.  It’s a phenomenal tool, but you may not need something that mighty.

For you it might be as simple as this – just answer this question:

What do you want that you’re not getting?

If you’re not getting what you want, I guarantee you have an unconscious belief (maybe several of them) that are blocking you.

Once you’ve identified what you’re not getting (Step 1), get out a pen and paper and free write what you believe about that topic (Step 2).  For example, at the top of the page, write “What Do I Believe About Relationships?” or “What do I believe about my ability to make money?”

Free writing, by the way, simply means that you’re allowing yourself to write whatever comes up without filtering it, without thinking about it, without editing it, without caring about spelling or grammar, and maybe without even staying in the lines.

As you write, you’ll likely land on something like, “relationships never last” or “I’m not all that talented, so I’m not worth a lot of money.”

Now write down everything you can think of that contradicts that belief, because I guarantee you that belief is not true (Step 3).

In the relationship example, you might write down the names of all the people you know who are happily in a long-term relationship.  You can write down my husband and me if you’d like!

In the other example, you might write down any compliments you’ve ever received about what you’re good at.  Or write down things you know you’re good at and examples of people who get paid good money for that talent.  Maybe you’re a good singer. Lady Gaga gets paid hella good money to sing. Even a singer in a local band or an entertainer that sings at parties can make good money with their talent!  So can you!

Even if you can only come up with one contradiction to your belief, by definition, that means your belief isn’t true!

To paraphrase Hugh Grant in the movie, Love Actually…

…I’ve got a sneaky feeling, that if you look for it, love, opportunity, and anything else you want, is actually all around.