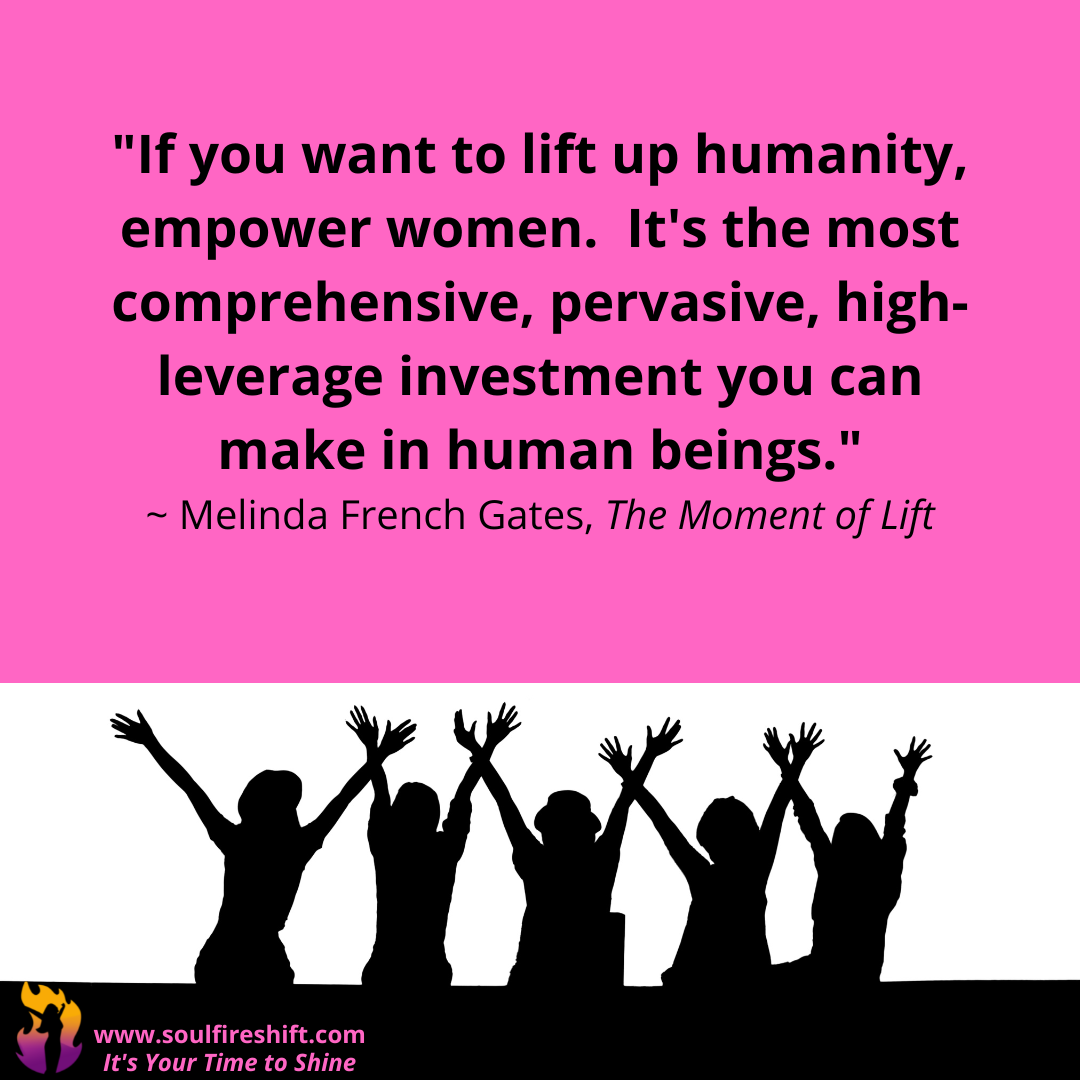 The angry feminist.  It’s a term of derision in our culture and it has 3 goals:

And as the LGBT+ community has so brilliantly taught us, the best way to deal with terms of derision is to own them, reframe them, and use them to empower yourself (hat tip to the “queer” community!).

So let me declare right now:  I am an angry feminist.

And unless you’re a woman who’s simply a puppet for the patriarchy (hello Amy Coney Barrett, Marjorie Taylor Greene, and Lauren Boebert, just to name a few)…

…you have to be feeling at least a little anger right now.

Because what’s going on is so horrifically unacceptable…so Draconian in its injustice…and so obviously misogynistic that you’d have to be dead not to feel some sense of anger.

AND I also get that today, the reality is that a lot of women and girls are experiencing intense suffering because a minority of people in our deeply misogynistic country decided we all need to live according to their beliefs:  That abortion is wrong and women don’t deserve the dignity or equality of having control over their own bodies.

It’s why a woman in Texas who miscarried one of the twins she was carrying was unable to abort the other pregnancy that threatened her life until she was sufficiently ill.  By the time they allowed the abortion, she had sepsis and a severe kidney injury. Finally, it was life-threatening *enough* where the doctors felt confident they wouldn’t be sued or prosecuted for performing the abortion.

It’s why another woman in Texas – a mother of two already – who found out she was pregnant 1 day after the 6 week cutoff now had to scramble up the finances to travel out of state for an abortion.  And yes she had used birth control.  It failed, as birth control sometimes does.

It’s why a 10 year old girl from Ohio, who was raped and impregnated by a 27 year old man, had to travel to Indiana just to get the health care she needed.

(Side Note:  After the conservative half-wits tried to claim the story was made up by the progressives, the doctor who performed the abortion said, “It’s always shocking to me that people are surprised to hear about these stories”…“The fact that anyone would question such a story is a testament to how out of touch lawmakers and politicians are with reality.”  She went on to say that situations, like the one this 10 year old girl faced, aren’t exactly rare and she’s been dealing with them since she was a medical resident.)

These are just 3 of the countless heartbreaking stories that are happening right now all over our country.

You see, my mission in life is to lift women up.  My passion is to help them live empowered lives…

…to live in a way where the only direction they take for who to be…how to live…and what to do with their lives comes from their own soul – that deepest part of them that knows who they truly are and what they truly want.

And there is nothing more disempowering than having control over your own body taken away by randos who know nothing about your situation.

So here’s my message to the pro-life crowd:

If you’re pro-life – great!  Truly, the sentiment behind the label is admirable.

You want to know the best way to be pro-life, though?

Go save a life!

There’s plenty to save.

Thousands of people die every year from a lack of blood, kidney, bone marrow, and other critical donations.  So if your belief is that “every life is sacred” and that people should be required to give up their bodily autonomy in order to save the life of another, then go sign up!

Instead of forcing women and girls to do that exact thing from the comfort of your arm chair and the facade of your moral superiority…go show us how it’s done.

Volunteer to donate your kidney, your bone marrow, part of your liver – whatever is needed – no. matter. what.

Even if you don’t want to.

Even if your doctor says it’s not safe.

Even if you’re too young or too old.

Even if the person that’s getting your donation raped, molested, or abused you.

Even if you don’t have insurance.

Even if you can’t afford the medical expenses.

Even if your company won’t give you paid time off for the surgery and recovery time.

Even if you have no one to support you as you heal and recover.

Even if it disrupts your dreams for your life.

Even if you’ve already donated another organ, and donating again just seems like something you can’t handle right now.

Even if you have a disease that could make such a major surgery life-threatening to you.

Even if you have any reason at all not to do it …go do it, because “all life is sacred” and the right to bodily autonomy is subordinate to saving a life – right?

Here’s the best part:  the life you’ll be saving is, for sure, an ACTUAL LIFE.  It’s a living, sentient human being…unlike a fetus where the question of when life begins has been debated for ages and is unprovable at this point.

The only difference is that your religion and/or political party hasn’t gotten you all spun up on saving actual human lives, because that would require you and them to do something.

By putting a myopic focus on the unborn, you get to just bark your orders at women and girls who seek an abortion, while labeling yourself “pro-life” and patting yourself on the back for your shining morality.

Ah, but maybe you’re thinking, “well I didn’t create those humans who need an organ transplant, so why should I have to save their lives?  Pregnant women created the lives they’re carrying, so I feel perfectly comfortable in removing their right to bodily autonomy, while maintaining my own.”

First of all, that would invalidate your claim of being “pro-life” and make you a complete hypocrite. Either “all life is sacred” or it’s not.

Second, in our society, we don’t even require the father to donate blood or an organ – even if it would save his child’s life.  It’s HIS CHOICE!  And that’s for a living, sentient human being!

That is how much we, as a society, value bodily autonomy over the life of another human being.

Except when it comes to women and girls and abortion.

Well, there’s a long answer I’ve written extensively about on my personal Facebook page that involves a lot of history around political expediency, racism, male-dominated religion, and the backlash to women gaining more rights and independence.  They’re all connected strings in one big ball of yarn and it’s too much to include here.

But the short answer is this:  misogyny and (mainly white Christian) patriarchy.

And I can’t think of two more baseless reasons for supporting anti-choice legislation, but that’s what it comes down to.  It’s just dressed up to look like “God” and morality.

So where do we go from here?

Kevin McCarthy and the Republicans have already made it clear they will try and pass a national ban on abortion if they take the House in November.

With the gerrymandering that took place after the 2020 census, it’s going to be hard for Democrats to hold their majority.

But we know the majority of U.S. citizens support abortion rights, including Republicans. If there was any question, the vote in Kansas just proved that for us.

So, we need to use our voices, use our vote, and use our collective power in November like our lives depend on it…

To quote Melinda French Gates again from her compelling and well-informed book, The Moment of Lift (I highly recommend it!)…

…“When women can decide whether and when to have children, it saves lives, promotes health, expands education, and creates prosperity—no matter what country in the world you’re talking about.”

In other words, it allows women to live empowered lives.

P.S.  I’m offering free sessions to women who are in a place where they are considering abortion.  Only you know what’s right for you, but I can help you find that answer within. I’m here to listen with an open heart and support you as you follow whatever path you feel is best for your life. DM me or reach out on my contact page at www.soulfireshift.com.

P.P.S.  If you’re “pro-life”, here’s something else you can do that would save living, sentient lives.  Instead of picketing an abortion clinic, go picket your senators and representatives until they do something about the shamefully and inexcusably high maternal death rates in our country.

If you truly believe “all life is sacred”, perhaps it would be wise to spend your time and energy on fixing this problem BEFORE subjecting women and girls to forced birth.